Time to catch up  as we move into the fall season.  2014 has been a busy year for Spirit Golf and we have lots of good news to share.

Earlier this year, we began an agreement with Warminster’s Five Pond Golf Club to provide a Professional Golf Management contract.

In July, we successfully opened the new J.R. Smith Learning Center for the Monmouth Ocean First Tee Chapter. The construction began in September of 2013 and we were all very pleased to see the three hole course located in Ocean County Park open on time for the summer sessions. 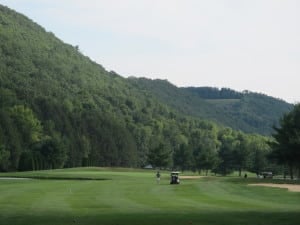 In August, we also signed an agreement with Mill Race Golf and Camping Resort. We are very pleased to be working with the Williams’ family to continue the wonderful traditions they have created the past 30+ years.

We are also pleased to announce two new additions to our executive team in 2014. Frank Draper took the position of Director of Business Development in March of this year. Frank has been an advisor and involved in the golf industry for over 15 years.  Most recently Ron Stepanek was hired to head up our Southern Regional Office out of Palm Beach County Florida.  Ron will be Spirit Golf’s new Director of Player Development. Ron most recently was Director of Player Development for 10 years for the PGA of America. We are excited to have both gentlemens’ vast expertise in the game and business of golf as part of our team.

Spirit Golf’s facilities  also had some wonderful accolades in 2014.

It has been a terrific year and we are most excited by the number of rounds played at our facilities and the great conditions our golfers have come to expect. Our programming and instructional activities continue to grow at each of our facilities and we look forward to keeping the activities and fun going through the fall season.

Five Ponds Golf Club, located in Warminister, PA, is pleased to announce that it has received the prestigious NGCOA National Course of the Year Award for Pennsylvania and nominee for the national award. Five Ponds Golf Club is an 18-hole championship golf course with...

Five Ponds Golf Club, located in Warminister, PA, is pleased to announce that it has received the GRAA Award for the TOP 50 Public Facility Driving Range. Five Ponds Golf Club is an 18-hole championship golf course with a full service grass practice range and a 3-hole...

Kevin Beirne, Vice President of Spirit Golf has been nominated to the NJ PGA Executive Board for 2021

Kevin, who has served two three year terms on the PGA Board is slated to begin a new chapter as the Secretary of the NJ Section PGA which will ultimately lead to him becoming the President of the Section.  We are all very proud of Kevin and his...

The Golf Association of Pennsylvania one of the oldest and most prestigious Golf Associations in the country created a new committee in 2019 in order to establish a stronger bond with the public golfers in the association and to develop new initiatives to generate...

Spirit Golf has supervised many of the course and range enhancements as well as incorporated a number of outreach programs since taking over the management of Makefield Highlands in 2010. Participation in lessons, camps, and clinics through the Spirit Golf Academy has...

WARMINSTER, Pa. (Jan. 4, 2018) — Five Ponds Golf Club, a championship caliber public golf course in Bucks County, is proud to announce that it has been named the Pennsylvania Golf Course Owners (PGO) 2018 Golf Course of the Year. Five Ponds is owned by Warminster...

Spirit Golf President & Founder, Mike Attara, was recently interviewed by Golf Content Network: Mike Attara is a certified PGA Professional, golf industry executive, and the founder and president of Spirit Golf Management. Since being founded in 2009, Spirit has...